Formula: SiO2    Hardness: 7 on the Mohs scale
Moss agate is a type of Dendritic Agate, a milky white, translucent variety of Chalcedony with inclusions of green hornblende (or chlorite) in moss-like patterns giving it it’s name. Moss agate, although primarily green, can also show brown and red patterns due to the oxidation of the iron in the hornblende/chlorite. Click on each product to read more about their healing properties. 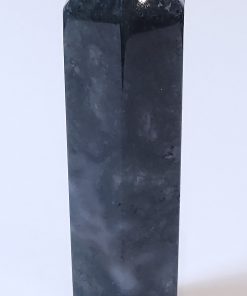 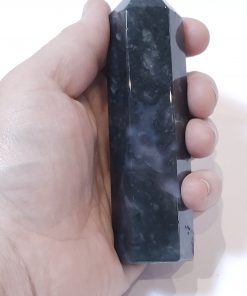 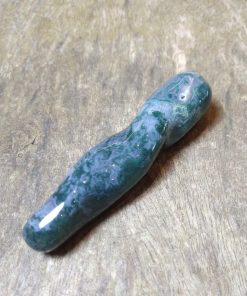 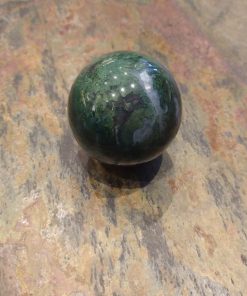 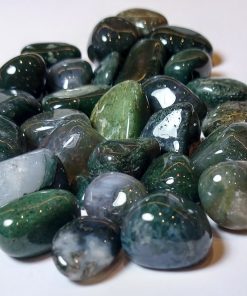