Sometimes called ‘flower stone’ the basic components of the rock are very similar to that of Andalusite. The main component of chrysanthemum stone is Al2SiO5 and it typically forms a rhombic crystal system with columnar crystals. It is rare stone that formed approximately 270 million years ago and is almost uniquely found in Liuyang City, Hunan Province China. 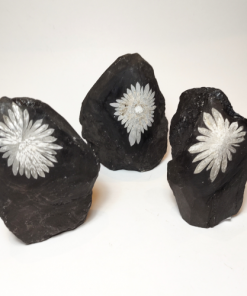 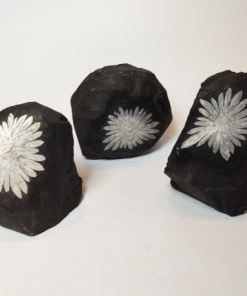